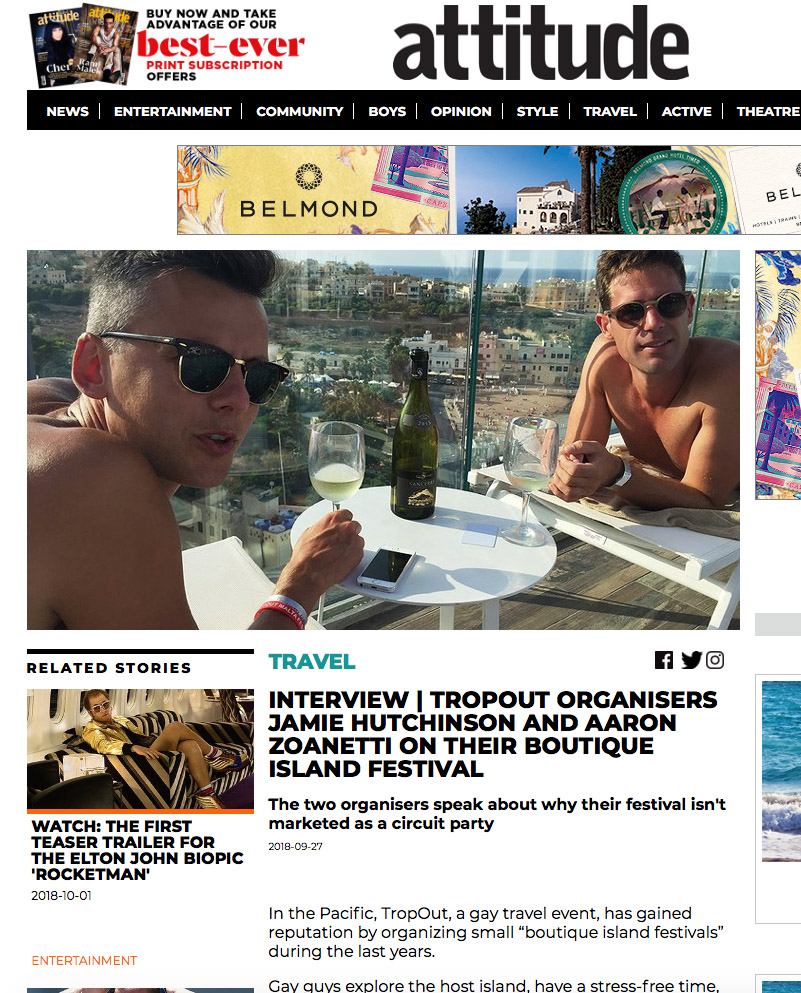 September 2018 | Attitude – The two organisers speak about why their festival isn’t marketed as a circuit party.

In the Pacific, TropOut, a gay travel event, has gained reputation by organizing small “boutique island festivals” during the last years. Gay guys explore the host island, have a stress-free time, go out, and, most importantly, meet new friends from all over the world. In September, Melbourne-based TropOut-organisers Jamie Hutchinson and Aaron Zoanetti set up TropOut in Europe for the first time. It is not surprising they chose to host the party in Malta which has been ranked number one travel destination on the European Rainbow Index, which rates countries‘ laws and policies affecting LGBTQ community. Almost 50 travellers gathered for a week of party, culture, sun and beaches on the island of Malta, while the local community celebrated pride. Attitude talks to Jamie and Aaron about their experiences and what’s up next. (…)